There once was a continent called Carland where cars were free.

The people had built a fully automatic car making factory that gave you a car at the press of a button.

The North was five times as big as the South but had only a fifth of the number of cars as the South. People in the South sometimes had up to 10 cars per person.

Car parts, accessories, modification and repair shops were everywhere. As a result, the economy grew exponentially.

No one wanted to come to Carland as it was the most dangerous continent. People were always getting run over and having their property damaged. Millions of car accidents happened daily.

Poisonous gases were released into the atmosphere during manufacturing and hazardous waste was dumped in landfills which ended up in the water supply.

After 2000 years the cars of Carland had evolved, though. Some cars were bigger and stronger and people in those cars were safer. The smaller cars were agile and faster.

There were four billion cars now. The majority still was the smaller cars, about three billion. These cars were wary of the bigger cars and they tried to keep out of each other's way.

Since the car population was never controlled, at one time the accident rate became so high they called it a Carland War.

As a result, people of Carland formed an organization with representatives from both the North and South called the UR, or Unlimited Repairs.

The UR's main objective was to improve the car manufacturing factories to make stronger cars and provide repair services to the damaged vehicles for free. Free driver education was provided for car owners as well as guidance on how to repair their cars after accidents.

The UR also provided assistance in building earthquake-proof homes and made installation of pollution filters compulsory in cars and homes.

Everyone hailed the UR as a major breakthrough. The car factories in both the North and South were improved to produce stronger cars.

The economy grew due to the introduction of earthquake-proofing and pollution-filtering technology. People bought even more cars than before because now they could have their cars repaired for free.

The car population rose from four billion to six billion in ten years.

UR headquarters was situated in the North and tried its best to repair all the damaged vehicles but it could never really manage to reach all the millions of daily accident casualties, most of them to new car owners in the South.

Every day more than 20,000 new cars could not be repaired and had to be thrown into the scrapyard.

One day a youth proposed a radical idea in Carland. The Driving License. Only those who pass the driving test should be allowed to have a car.  This was such a radical idea that no one in Carland wanted to listen.

The people of Carland would not hear of it. They said that it was impossible to enforce it in such a huge continent. They said that everyone had the right to own a free car. It was the one thing they could always have for free. The youth had no authority to deny this right to anyone.

As a result, Carland continues to exist in this manner to this day. Millions of car accidents happen and thousands of new cars are scrapped daily.

The UR has responded by stepping up efforts in educating people how to make their cars stronger and repair their cars by themselves, but it has not been able to reduce the accident rate.

The UR also stepped up the research into earthquake proofing homes and pollution filtering technology. In spite of spending huge amounts of money on these technologies, the earthquakes and air and water pollution did not stop, but kept on increasing.

Housing for the Whole World in USD 317 Trillion 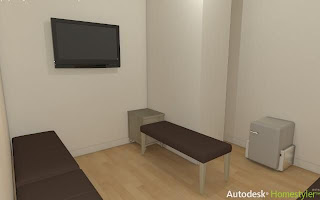 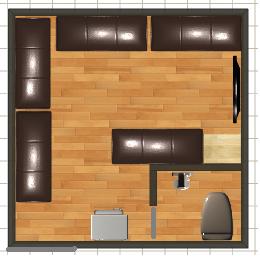 To make the world perfect, all you have to do is sign this petition to ban birth into poverty: http://www.change.org/petitions/all-governments-ban-birth-into-poverty

There. I have made it easy for you.

End suffering. Now.
Posted by Sanju Paison at 10:36 AM No comments:

the search for answers is over